About us › Our partners › Sky Sport Breakers

We are delighted that the Sky Sport Breakers franchise has recognised LBC as their charity partner for many years. 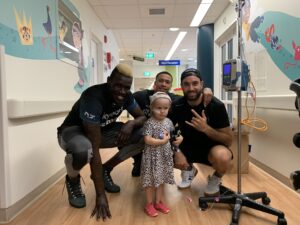 During this time, we have had some terrific interaction and support from the players and management.
We have received some of the best tickets in the house for games at Spark Arena to give to our patients and their families. And they have also generously made more tickets available when playing at other venues around New Zealand.

Players have met kids impacted by blood cancer with their siblings and friends at special events such as an afternoon of trampolining and pizza at Jump North Shore and visits to Starship Hospital. They have also taken part in several shave events at their North Shore base.

Through the Breaker’s E-Sports subsidiary, we were able to start our Battle Bus Bonanza tournaments to break the isolation experienced by young patients stuck in hospital and at home. Several players are keen gamers and took part in the first event as well, playing alongside some excited youngsters. 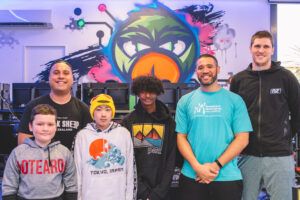