Chronic myeloid leukaemia (CML) is the rarest of the four main leukaemias. The myeloid line of cells consists of four types of blood cells: granulocytes, monocytes, red blood cells and platelets. With CML the granulocytes, which get rid of infectious invaders in the body, are most affected.

Large numbers of mature cells start appearing in the circulating blood, with the disease progressing slowly to begin with.

People with CML may experience a variety of symptoms including fatigue, sweats, or weight loss. Sometimes a lump might be felt under the lowest rib on the left side which is due to an enlarged spleen.

The disease affects women and men of all ages and, like many other forms of leukaemia, the cause is unknown.

People exposed to high doses of radiation, such as survivors of the Hiroshima bomb in 1945, and people who have received radiation therapy for a variety of medical conditions, have a slightly higher chance of getting CML in later years.

For most people though, radiation probably plays no part in causing the disease and there are no other known risk factors.

The possible involvement of other environmental agents such as drugs, chemicals, or viruses has still not been determined.

CML is usually identified by examining under a microscope a blood sample, taken either at the hospital or a GPâ€™s surgery. If the disease is present, cells normally only found in the bone marrow will also be present in the blood. To confirm the diagnosis a haematologist will also usually examine a sample of the patientâ€™s bone marrow.

In CML, each of the abnormal bone marrow cells display a very characteristic change in one of their chromosomes, which carries the genetic information of the cell. This abnormal chromosome, which is a shortened number 22, is referred to as the â€˜Philadelphia chromosomeâ€™ after the city where it was first identified in 1960.

Treatment of chronic-stage CML has two aims: To control the disease, getting it to a level the body is able to cope with whilst minimising the side effects, and preventing, or delaying, the onset of the acute phase.

Each personâ€™s disease is slightly different and the exact treatment will vary from one individual to another. The main treatments used are a drug called Glivec, chemotherapy and a stem cell or bone marrow transplantation.

Glivec is a unique form of oral chemotherapy taken daily that targets the molecular abnormality causing the disease. With CML, there is a constant signal that tells the body to keep producing abnormal white blood cells.

Glivec works to block, or turn off, that signal. A real advantage of this treatment is that healthy cells are left unharmed so most patients taking Glivec do not have a major problem with side effects.

As with most drugs, there is always the potential of side effects. In relation to Glivec, these symptoms can be relieved by specific medications and should be discussed with nursing or medical staff. 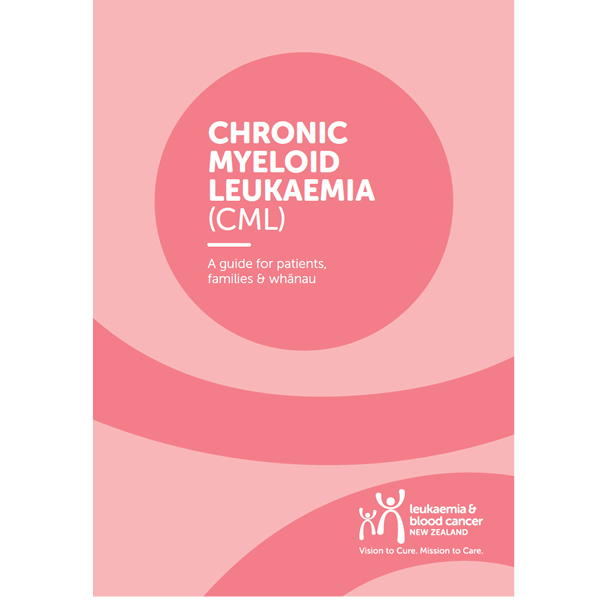