What is non-Hodgkin lymphoma?

Non-Hodgkin lymphoma (formerly known as non-Hodgkin’s lymphoma) is cancer of the lymphocyte – a type of white blood cell produced in the bone marrow, which travels in the blood to other parts of the body, normally the lymph glands. The lymph cells in these areas become malignant.

Non-Hodgkin lymphoma is seen in all age groups, but is more common in people over the age of 50. In children, non-Hodgkin lymphoma and leukaemia (bone marrow cancer) are the most common types of cancer seen, but few children overall are ever diagnosed with these diseases. Lymphomas in children tend to grow quickly, but are often curable.

Significant advances are continually being made in the way we manage lymphomas. This means that with treatment, many people can now be cured. Many others who are treated remain disease-free and well for a long time.

Lymphoma is not a single disease and knowing the exact type of lymphoma you have is important because it provides information on the most likely course of your disease and the best way to treat it. The many different sub-types of non-Hodgkin lymphoma are broadly divided into the following two main groups:

The majority of non-Hodgkin lymphomas (over 80%) are B-cell lymphomas.

Lymphoma is often difficult to diagnose as the symptoms are similar to those of a virus.

There is no known single, or specific, cause of lymphoma. The risk increases slightly in some patients with chronic infections, autoimmune diseases such as coeliac disease, or rheumatoid diseases such as rheumatoid arthritis. People who have received long courses of chemotherapy or radiation for other diseases may also have increased risk of lymphoma.

Immuno-deficiency or deficiency of the immune system which has been inherited, or caused by viruses such as the AIDS virus or Epstien-Barr virus, is also a risk factor in developing lymphoma. However, apart from highly-specialised circumstances, there is no specific infectious cause and there are no known substances that cause lymphoma.

If lymphoma is suspected a blood test will be carried out to check for any abnormalities. This test might indicate an underlying malignant (cancerous) blood disease. It also gives a blood cell count and is useful for providing information on the likely behaviour of the lymphoma as well as how the kidneys and liver are functioning.

Diagnosis is confirmed following a lymph-node biopsy. This involves removing a lymph node or sample tissue to be examined in the laboratory. This will determine whether lymphoma is present and whether it is low, intermediate or high grade.

The lymphoma may occupy only one area in the body (stage 1) or it may have spread throughout the body (up to stage 4). The person’s age, general medical condition and whether the lymphoma is low, intermediate or high grade will all have an affect on the prognosis. Staging is the final step in determining the appropriate treatment plan but often a second series of tests are carried out before this happens.

Testing can take a number of forms and includes:

Some types of lymphoma grow very slowly and do not need treating for a long time, if at all. Treatment for each person is determined by factors such as age, general health, type of lymphoma and whether it has spread to other parts of the body.

The aim of treatment is to destroy as many cancerous cells as possible and bring the disease into remission. Treatment for lymphomas may involve the use of chemotherapy, radiotherapy and immunotherapy, or combinations of these treatments. Blood stem cell transplantation may also be used. 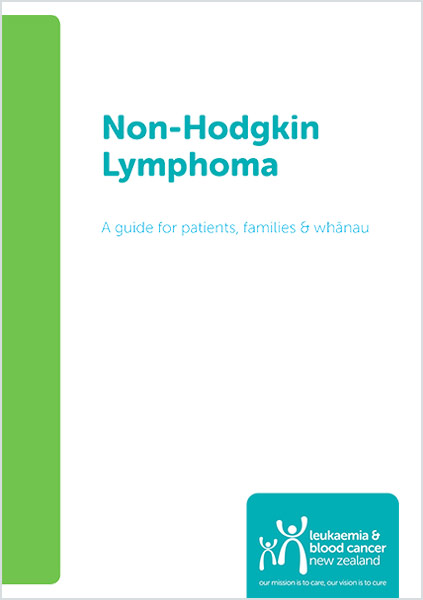