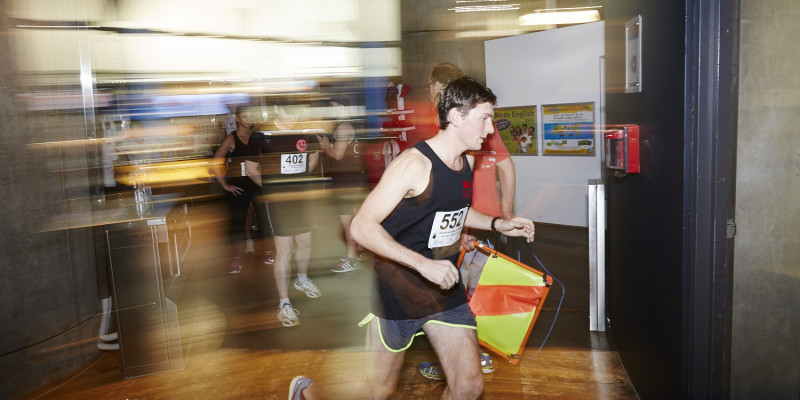 Over 90 businesses battled it out to be the fastest up the 1,103 steps of Auckland’s iconic Sky Tower on Friday (August 14) when they took part in the Corporate Sky Tower Stair Challenge a fundraising event for Leukaemia &amp; Blood Cancer New Zealand (LBC).

More than $345,000 was raised by the event participants which exceeds last year’s total of $255,000 setting a new record for the event.

A team from Farmers Trading Company “Farmers Discount Driven” took out the highly contested spot of top the fundraising team who raised a staggering $23,000. Carey Smith from Ray White was the top fundraising who individually raised $5100.

Numerous other well-known Kiwi organisations including SKYCITY, Fidelity Life, NZ Police and St John Ambulance spent the months leading up to the event organising a range of original initiatives to try and win the overall fundraising prize.

Graham Oberlin-Brown from the Westpac Products Team not only was the fastest male runner but also set a new event record completing the climb in 6 minutes 16 seconds. 2014’s winner Luke Longdill from The Southern Cross Climbers was only one second behind on 6 minutes 17 seconds. Malindi Maclean from the Coca Cola Team Pump was the fastest female runner who finished in 8 minutes 6 seconds.

“This is the fourth year we’ve held the Corporate Sky Tower Stair Challenge and it’s so exciting to set a new fundraising record for the event this year. I love seeing the fun and creativity that teams apply to their fundraising, we’re incredibly grateful for their support.”

SKYCITY General Manager Corporate Services Gráinne Troute says it’s fantastic to see the passion local Aucklanders and visitors bring to racing up the Tower, which has become such an iconic structure in Auckland after recently celebrating its 18th birthday

This is the only opportunity corporates and the wider community get to race up the Sky Tower. The funds go to an incredibly worthy cause, supporting all the amazing work LBC do in communities around New Zealand, says Ms Troute

The money raised from this event funds LBC’s work, including research and support of the six Kiwis diagnosed every day with a blood cancer or related condition and their families. LBC receives no Government funding.

The Corporate Sky Tower Stair Challenge is sponsored by SKYCITY and Fitbit. To find out more information about the event please visit www.skytowerstairclimb.org.nz