Helping you get a better night’s sleep 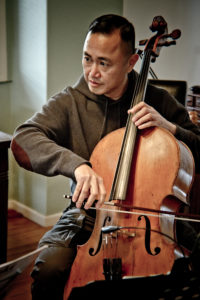 Tony’s research interest is in sleep medicine and medical compassion. He has been awarded multiple teaching awards by medical students and the faculty of medicine in Auckland. In 2012, he was awarded by President Aquino of the Philippines for his services to sleep medicine and medical education. In 2015, he was awarded the Chair’s award by the New Zealand Medical Association, the highest recognition given by the association to any doctor in New Zealand for his work on physician wellbeing.

He plays the cello, is a cheap-eats foodie and despite his fear of the water, has swum across the Auckland Harbour and competes in ocean races and triathlons. In January of 2017, he received temporary ordination as a Buddhist monk in Chanmyay Myaing monastery in Myanmar. He is in the final stages of his PhD at the University of Auckland, studying barriers to compassion in medicine. More recently, he started a weekly mindfulness and emotional balance programme for inmates at Mt Eden Correctional Facility in Auckland.

Click here to view the recording of the webinar