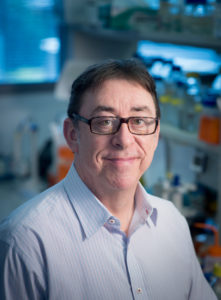 Professor Andrew Spencer is Head of the Malignant Haematology and Stem Cell Transplantation Service at The Alfred Hospital, Professor of Haematology at Monash University and Head of the Myeloma Research Group, all in Melbourne, Australia. He moved to The Alfred Hospital in 1999 where he established an independent translational research program and was appointed Head of Malignant Hematology and Stem Cell Transplantation Services in 2007, establishing a first-in-human and early phase haematology clinical research unit at the hospital in 2009, with currently over 100 open trials with >700 registered trial patients.

He Chairs the Myeloma and Related Diseases Registry (MRDR), the Asia pacific (APAC) MRDR and the associated M1000 liquid biopsy biobank. He established the Australasian Myeloma Research Consortium (AMaRC) in 2016 and sits on the steering committee for the global MM registry initiative INSIGHT.

Click here to view the recording of the webinar