About us › Our partners › Principal and Major Partners 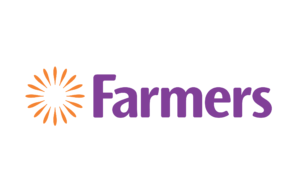 Farmers has been an extremely generous supporter of LBC since 2008 and over this time has supported LBC with a range of fundraising activities.

Each year Farmer’s stores nationwide support LBC’s Shave for a Cure campaign. Selected stores across the country hold Community Shave events and the staff in every store get behind the drive to sell merchandise. Over $138,000 was raised in 2019.

Farmers provided LBC a $1 million gift as part of the centenary celebrations in 2009 and have since continued with a corporate commitment.

LBC also acknowledges the personal interest and support that we receive from Farmers owners, Anne and David Norman and their family

The annual Firefighter Sky Tower Challenge is an immensely popular event throughout the firefighting community. Hundreds of firefighters from throughout NZ and overseas, first fundraise and then take on the challenge of conquering the 51 flights of the Sky Tower, wearing 25kgs of gear and breathing apparatus. Over $1M has been raised at the last three events.

The Step Up Challenge Sky Tower  is hugely popular and growing fast. Teams and individuals from workplaces all from around the country battle it out to be the best fundraisers and then the fastest team to the top of the Auckland Sky Tower.

If climbing the Sky Tower is on your bucket list, these two events provide the only opportunity to take on the Sky Tower stairwell.

SkyCity Dining for a Difference is a unique event held every two years to raise funds for LBC. It is coordinated with celebrity chef and SkyCity Ambassador, Peter Gordon, who brings together a group of talented chefs to create and showcase unique menus for the diners at their tables. 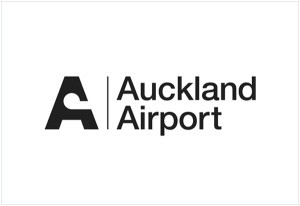 The Auckland Airport Emergency Services played a leading role in setting up the Firefighter Sky Tower Challenge  event in 2005. Since then, Auckland Airport allows fire teams to work tirelessly every year to raise money for LBC by spending many evenings on the escalators at the airport receiving donations from generous travellers and visitors. Auckland Airport has also been a sponsor of the event since 2009.

Teams from right across the organisation, from finance to engineering, also do their own fundraising before taking on the Auckland Sky Tower for the Step Up Challenge Sky Tower.

Staff and management are proud of their efforts to raise funds throughout the year and promote LBC’s work. 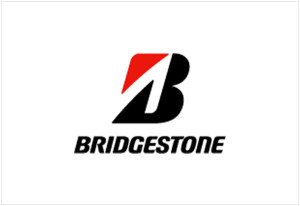 Bridgestone New Zealand became a proud partner of LBC in 2017.

Since then, staff at Head Office and at stores throughout the country have thrown themselves into the fundraising, including two highly successful fundraising campaigns – “Brighten your Wheels” and “Put a Cap on it” – selling teal coloured valve caps to put on tyres of all shapes and sizes.

They have also taken part in all our major fundraising events with great enthusiasm. Even the National HR Manager trained and joined the firefighters in our special corporate squad as part of the 2019 Firefighters Sky Tower Challenge. We are thrilled at their tremendous commitment.

Suzuki is LBC’s vehicle sponsor and provides the national Support Services team with highly efficient vehicles to ensure that they remain mobile at all times to support patients and their families. Thanks to Suzuki our Support Services Coordinators travelled over 100,00 kms in 2019 all over New Zealand and are hard to miss in the brightly coloured vehicles. These cars are essential for LBC to continue supporting patients and their families throughout the country. Whether it’s visiting patients at their home or taking them to appointments, travelling to smaller towns to run support groups or picking up supplies so that family members have one less thing to worry about, these cars help provide vital support in so many ways.

LBC has a wonderful long-term partner in PwC New Zealand. Over the years, hundreds of partners and staff around the country have participated in many different event for LBC in the past, including a biennial “Shave-Off” with Bell Gully with a much sought after trophy for the top fundraising organisation.

More recently, PwC NZ’s support includes the development of our “Work it Out” programme for patients and care-givers navigating employment before and after treatment, an analysis of our database to better understand our donors & event statistics, and Toitoi books for our Kids Club and young patients in Starship Hospital  We also acknowledge the phenomenal support of PwC Partner Damian Tuck in the 2021 Squad 51 (our non-firefighting team for the Firefighters Sky Tower Challenge) who raised more than $69K for LBC.